Tulsa guitarist, composer, and producer, Chris Combs, released “Roche Blave: Large Ensemble Works Recorded Live in Switzerland” through the nonprofit Horton Records label on April 30. Combs, known for his improvisational blend of jazz, hip-hop, and experimental elements in his work with Jacob Fred Jazz Odyssey (JFJO) and his own band, COMBSY, was commissioned to write the music in 2012 by Jazzwerkstatt Bern, an international jazz festival based in Bern, Switzerland.    LISTEN / DOWNLOAD 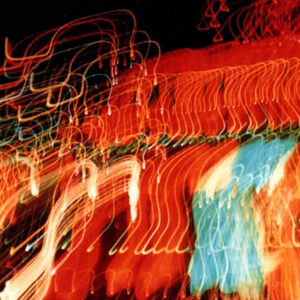 “They offered me a dream scenario,” says Combs. “They gave me the freedom to put any type of band together, and they helped make it happen, using amazingly talented musicians from all over Europe. I’d never written for strings before, so I jumped at the chance to write for a large ensemble and string quintet. It was amazing to work with people from across the world. We’d never met before, but we still had so much in common. Even though we didn’t all speak the same language, we communicated immediately through music. It was such a special experience.”

Combs was joined in Switzerland by JFJO bandmate and bassist, Jeff Harshbarger. The ensemble includes musicians from Switzerland, Austria, and Germany. “Roche Blave: Large Ensemble Works Recorded Live in Switzerland,” will be available on all digital platforms.