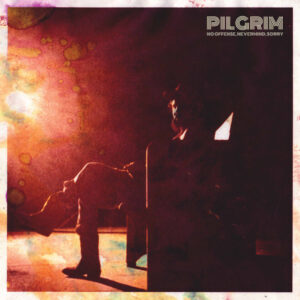 No Offense, Nevermind, Sorry, the latest release from Tulsa-based Pilgrim, leaves no doubt that frontman and guitarist, Beau Roberson, is a gifted songwriter whose powerhouse vocals are a perfect match for his profound lyrics. It’s all here – redemption, betrayal, loss, and love. Each song a perfectly crafted musical short story waiting to unfold.

Growing up, the Roberson house was full of music. Beau’s mom was a piano teacher who, according to Beau, was always singing – everything from Aretha Franklin to Willie Nelson. Never a fan of labeling, even as a kid, Beau’s musical influences ranged far and wide.“The first two CDs I ever bought with my own money were two ‘Greatest Hits’ collections, Bob Dylan and War,” he notes.

You can hear those diverse influences in his writing. It’s difficult to fit No Offense, into the tight confines of any one genre. But make no mistake; this album is a superb collection of eloquent songs from a very promising talent whose music truly belongs on a national stage.

“You knew just what you were doing/breaking his heart by fooling around with mine,” Beau sings on “Out of Touch,” his vocals conveying hurt, longing and regret in a few, deceptively simple lines. “Pray for You” is a beautiful tribute to the powerful sense of purpose, awe and redemption that can accompany the birth of a child, while “Hallelujah Moment” is a heartfelt love song with a catchy refrain. More than a few of us will recognize ourselves in the bluesy, funky “Backslider.” 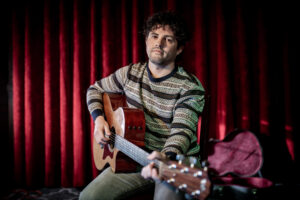